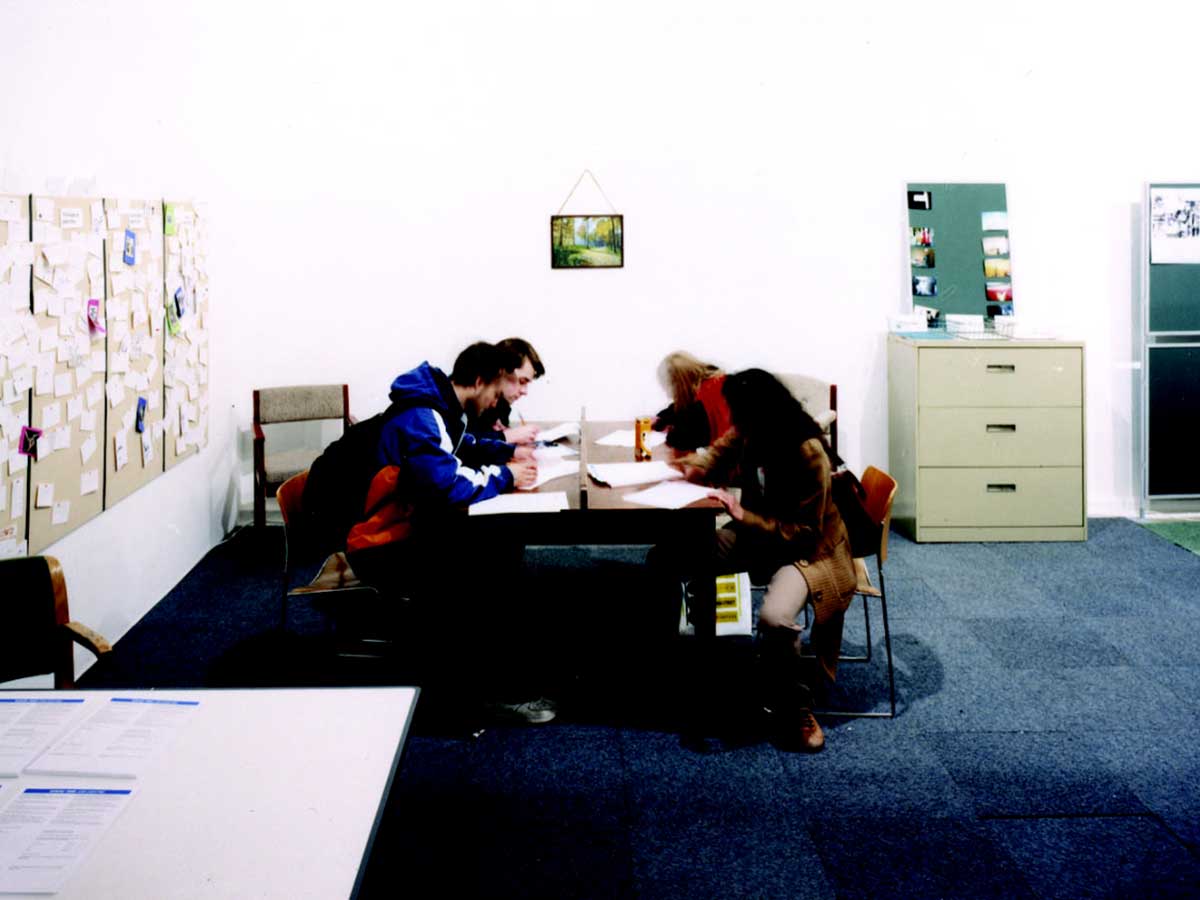 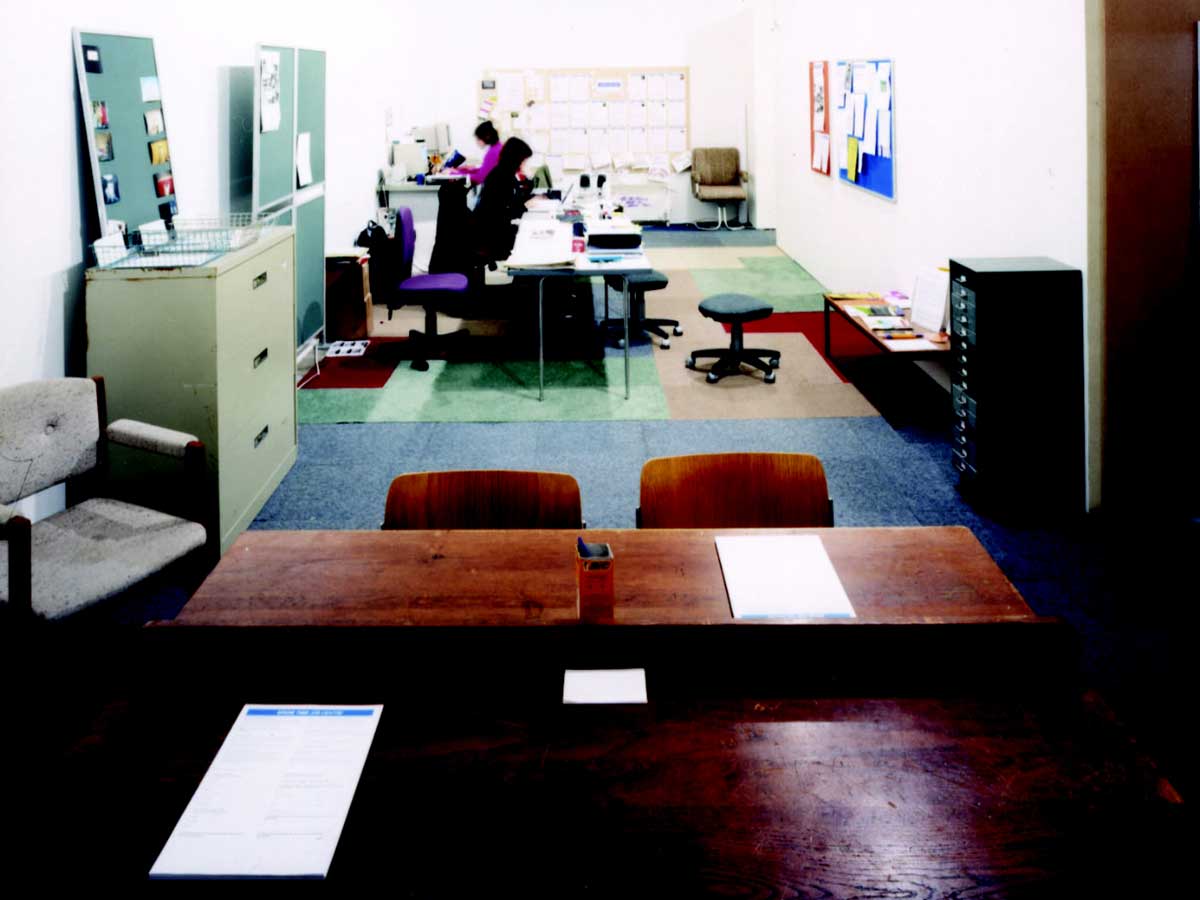 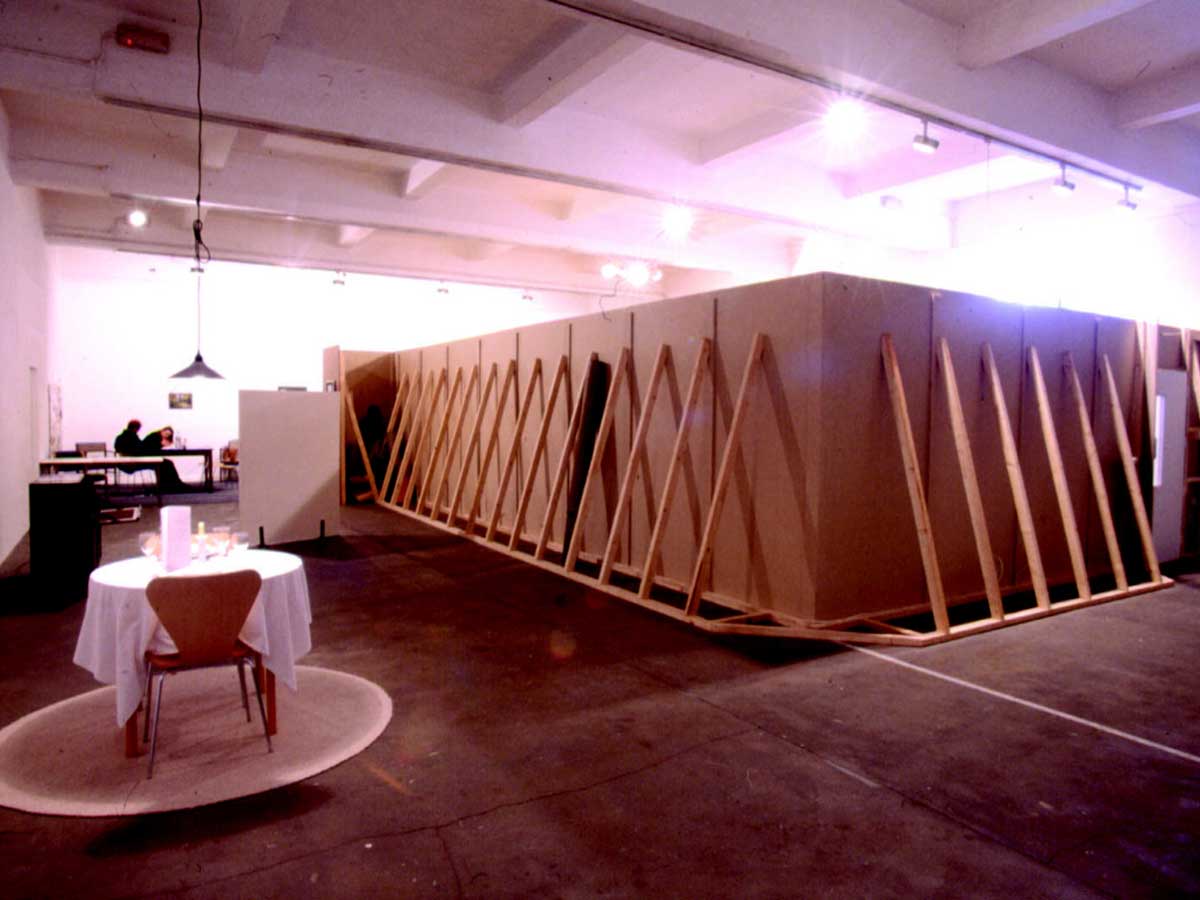 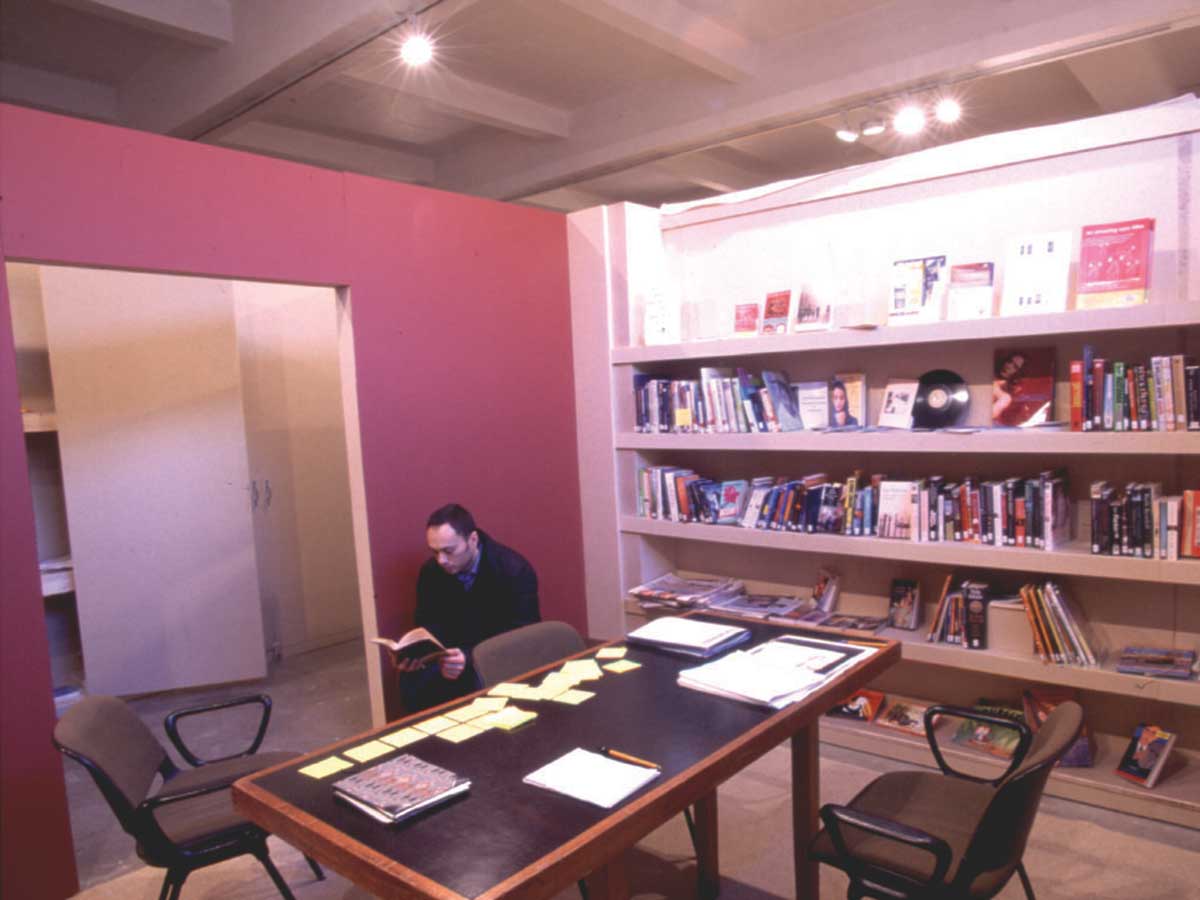 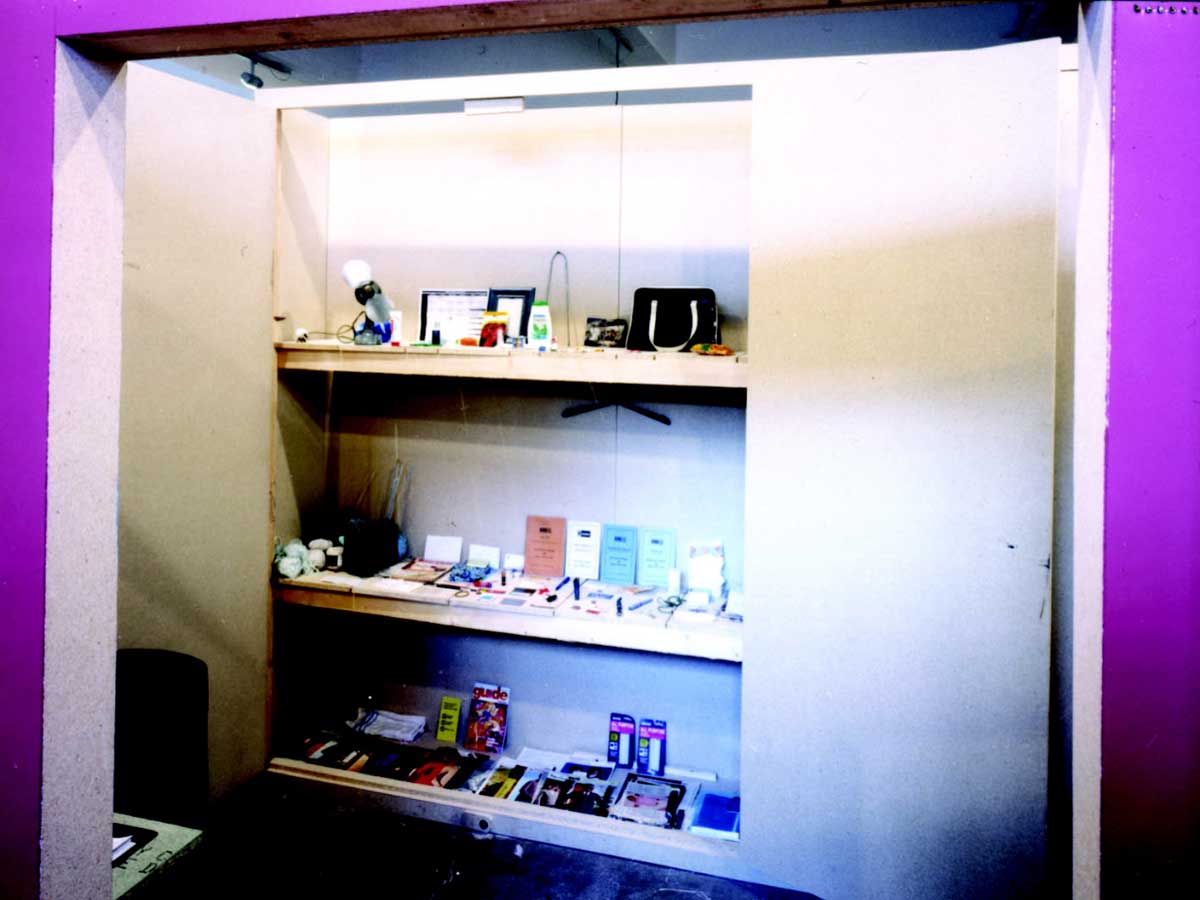 Spare Time Job Centre was a live research project, developed by Ella Gibbs in consultation with Chisenhale Gallery Staff, Spare Time Team and the surrounding neighbourhood, Tower Hamlets,  East London. For six weeks Chisenhale Gallery was transformed into an ‘agency’ that catered for Spare Time positions. The project opened at a time when the Gallery and adjoining studios and workshops were targeted as part of a Tower Hamlets regeneration development scheme called ‘communities in business’ – bringing pressure to re-evaluate their use and financial contribution to the area.

Spare Time Job Centre created a space to enable time for rethinking, questioning and reflection without pressure. To look at what cultural and everyday production means and how it can become a subject of real local exchange and trade. Visitors to Spare Time Job Centre were invited to seek Spare Time Advice, browse the Spare Time Resource, look for Spare Time Tips and chat to the Spare Time Team. Applicants could then create their own unique Spare Time Job Opportunity, and apply for a position, all under one roof. Weekly lectures and a film programme around themes of free time, work and boredom were also organised.

Spare Time Job Centre was an evolving project, developed and sustained by participants and their wish to explore and activate Spare Time Possibilities. It was self-organised and encouraged the emergence of an economy based on skills and exchange. Spare Time Job Centre in 2003 was run by the Spare Time Team – people who offered their expertise and experience for the duration of the project.

The physical structure for Spare Time Job Centre was set up like an ad-hoc theatre set. It consisted of six different areas: application and advice area; events and activities area; exchange cupboard; library area (books provided by Tower Hamlets mobile library); and Spare Time restaurant. All equipment, furniture and materials were recycled and sourced locally, donated for free by different people and organisations.

An aspect of Spare Time Job Centre, Campaign for Spare Time (Art of Survival) travelled to the Prague Biennial in the same year.

For Trade Show Ella Gibbs unboxes the project archive for the first time in ten years. Ella will use this opportunity to revisit and reassess with a few collaborators and participants from the 2003 project, presenting, questioning and bringing to life its remains in a specially built space at Eastside Projects.

Ella Gibbs was born and is currently based in London.  Projects include Energy Café (2008–11), commissioned by LANS for the Art of Common Space and Laburnum Pilot – a street magazine (2004), The Drawing Room Gallery  in collaboration with Amy Plant/Pilot Publishing.  Common Room Productions (DIY Customize, DIY Garden, DIY Publish) (2007), A public art commission by Look Ahead Housing and Care,  Fish Island – The Making of a Radio Show (2002), SPACE Studios, London, Programme – a series of planned projects and incidental events (2001), for Temporary Accommodation, Whitechapel Gallery, London and Night Stop Cinema (2000), five day film screenings on a boat, made for the Week of Small Miracles,  River Lea Valley.