J.K. Gibson Graham’s essay links the Trade Show Reader up with the (Un)usual Business Reader, and is part of both. (Un)usual Business is an ongoing research collaboration between Casco – Office for Art, Design and Theory and Critical Students Utrecht, exploring “community economies” and cooperative forms of working and living. The co-launch of the two readers results from Casco’s collaboration with Eastside Projects for Trade Show.

*Please Circulate*
The Please Circulate label appropriates a standard piece of office stationery, normally used in the dissemination of memos and other internal documents. Initially reproduced by publishing house Precinct as a loose statement of intent and inserted into books, it is offered to other publishers and institutions with the same tendency towards communal knowledge and participation. 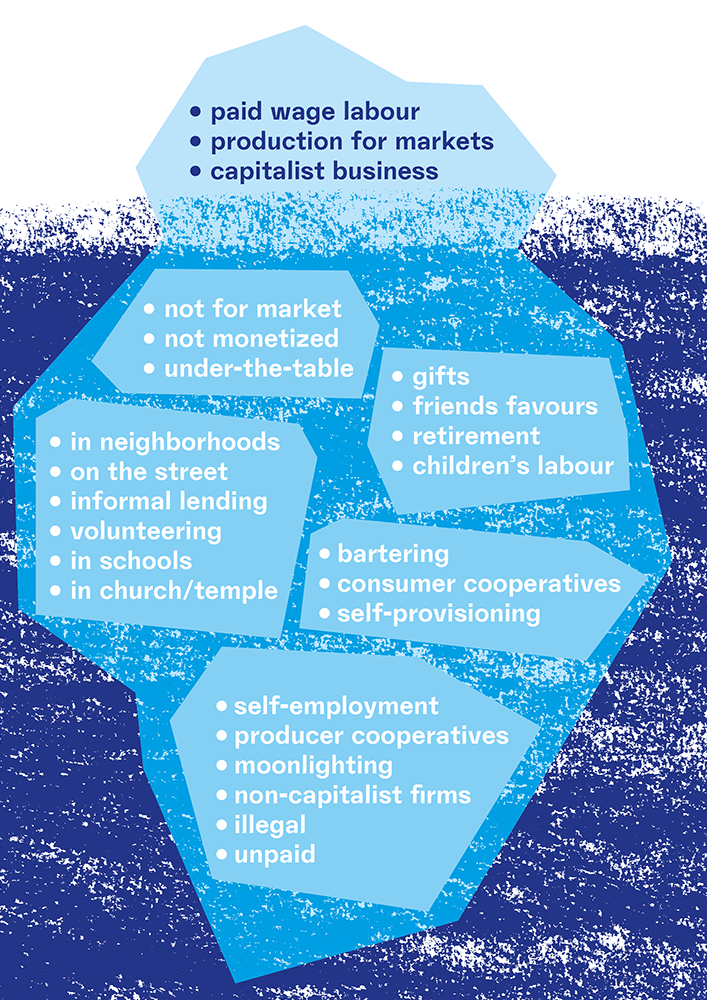 Economic meltdown, or what an iceberg can tell us about the economy

The first trade of ‘Trade Show’ is with the economic geographer Katherine Gibson who is writing an essay in exchange for James Langdon’s redesign of ‘The Economy as an Iceberg’, an illustration she has used in presentations around the world since 2001 to symbolize her feminist critique of political economy that focuses upon the limiting effects of representing economies as dominantly capitalist.