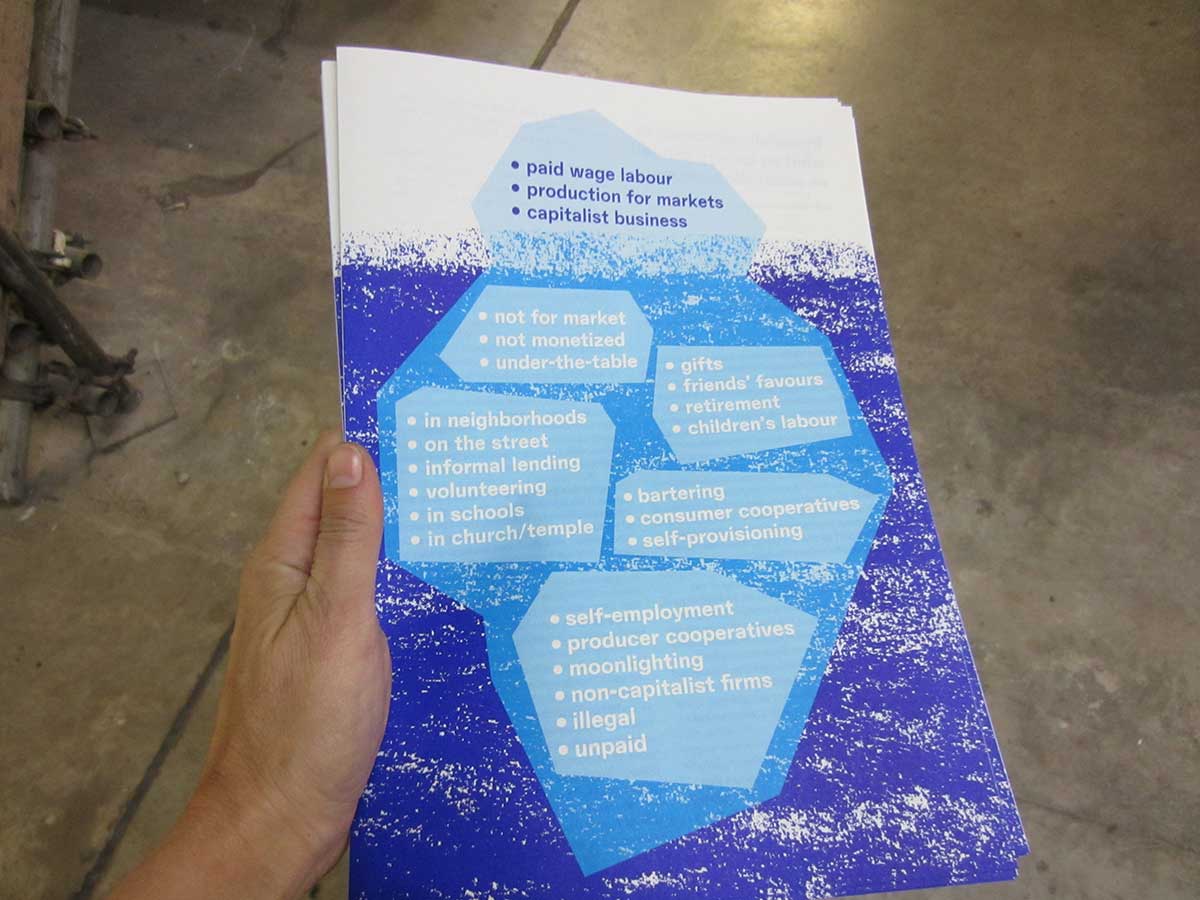 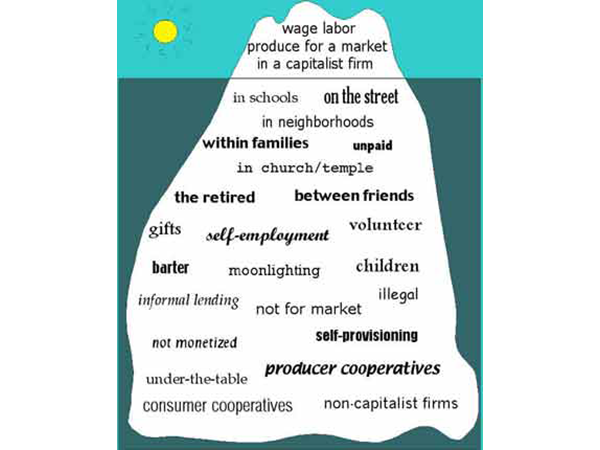 Economic meltdown, or what an iceberg can tell us about the economy

The first trade of Trade Show is with the economic geographer Katherine Gibson who is writing an essay in exchange for James Langdon’s redesign of The Economy as an Iceberg, an illustration she has used in presentations around the world since 2001 to symbolize her feminist critique of political economy that focuses upon the limiting effects of representing economies as dominantly capitalist.

Her essay Economic meltdown, or what an iceberg can tell us about the economy is loosely based on ideas presented in Take Back the Economy: An Ethical Guide for Transforming Our Communities by J.K. Gibson-Graham, J. Cameron and S. Healy published by the University of Minnesota Press, Minneapolis, USA in April, 2013.

J.K Gibson-Graham is the pen-name of Katherine Gibson and the late Julie Graham, feminist political economists and economic geographers based at the University of Western Sydney, Australia and the University of Massachusetts Amherst, USA. Their 1996 book The End of Capitalism (As We Knew It): A Feminist Critique of Political Economy was republished in 2006 by Minnesota Press along with its sequel A Postcapitalist Politics. Julie and Kath are founding members of the Community Economies Collective.