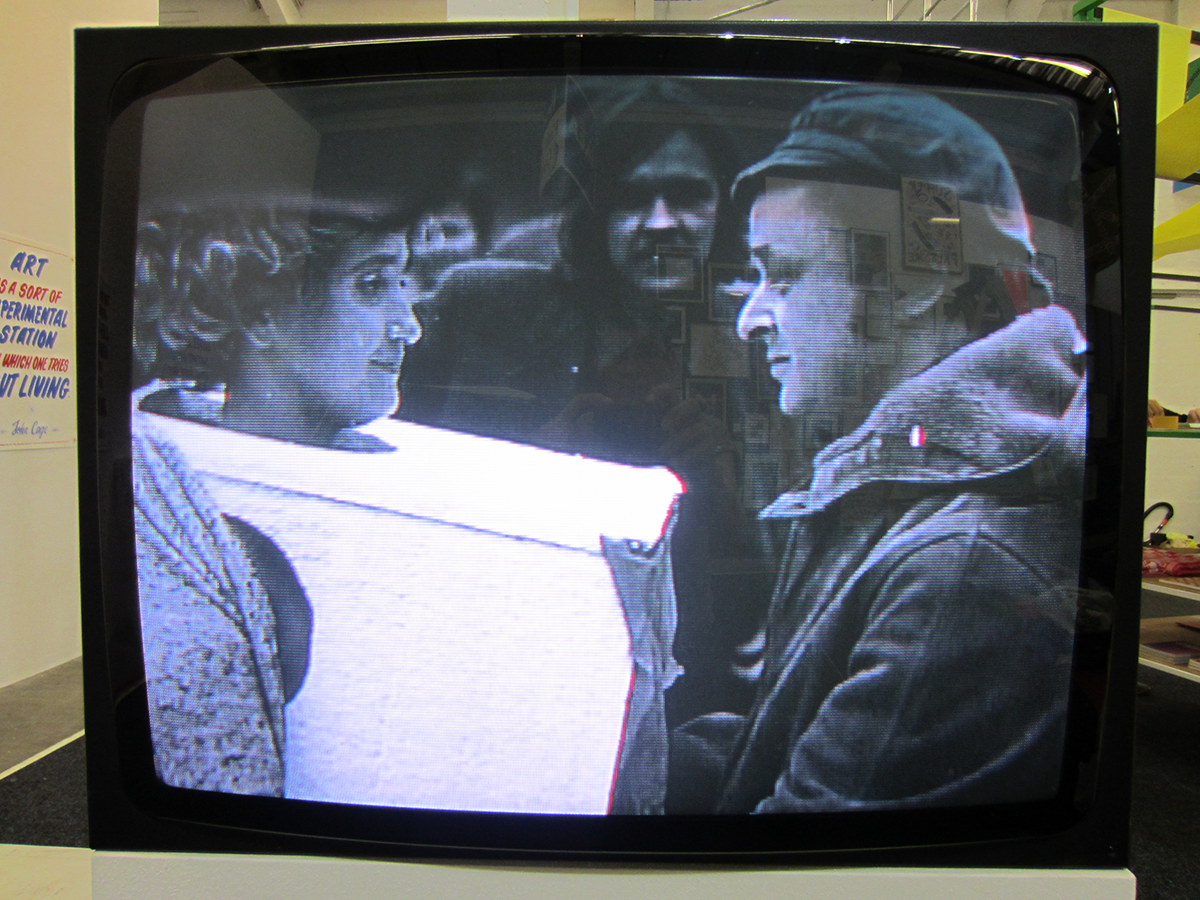 Tap and Touch Cinema belongs to VALIE EXPORT’s early guerilla performances which attained an iconic status in art history. VALIE EXPORT wore a tiny ‘movie theater’ around her naked upper body, so that her body could not be seen but could be touched by anyone reaching through the curtained front and into the dark of her mobile ‘theater.’ Tap and Touch Cinema was performed in the street and all passers-by, men, women, and children, were invited to ‘tap and touch’.

In 1967 she invented her artist name VALIE EXPORT, an artistic concept and logo to be written in capital letters only.