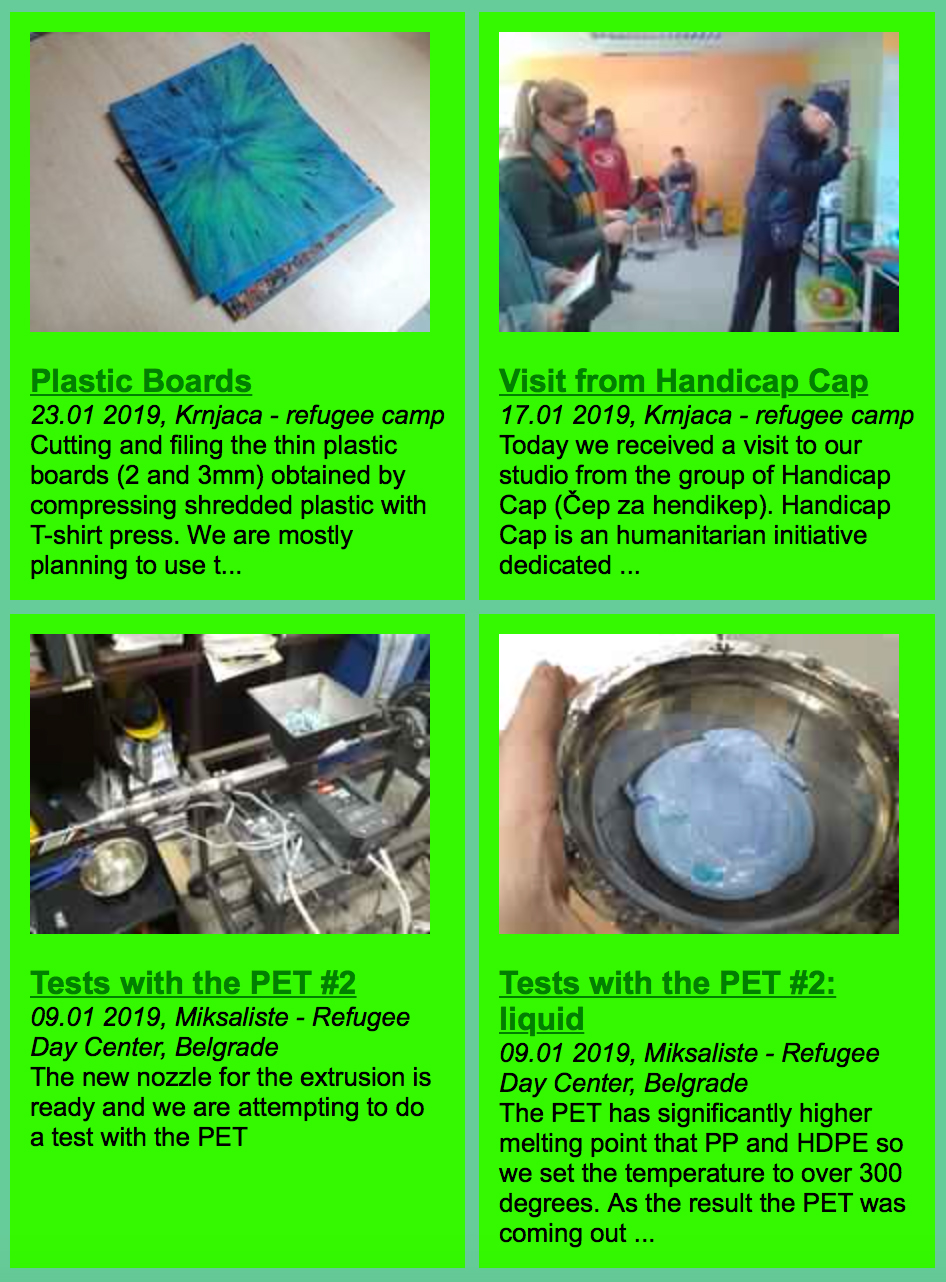 Minipogon is an experimental production plant dedicated to developing social, technological and infrastructural base for processing residues of the capitalist system and their transformation into useful and beautiful objects, more just economic relations and lively environments. Serbia, as one of the countries on the Balkan migration route from the Middle East towards West for years now functions as a ‘buffer’ zone, where thousands of migrants get permanently detained in around 20 refugee camps scattered throughout less accessible and less visible parts of its territory.

In the local context, this situation only adds to the constantly increased emigration of the local population due to unemployment and general economic impoverishment. On the other hand, sphere of culture and science (where we come from) in the liberal world relaying on the excess value which derives from the productive work (work of the other) – funds “allocated” for the cultural “upgrade” – has very limited possibilities to effect transformation of social relations, as cultural work functions as potentially exploitative in relation to other domains of productive labor.

In order to counter perceived trends of how to become better exploited or eventually exploit others better, we decided to try ourselves in establishing different production relations where we would build our own means of production (machines), use devalued material as resources (such as waste plastic), collaborate with the excluded (undocumented and unemployed), and install our working studio in the location which does not show on the Google maps (Krnjača, refugee camp in Belgrade outskirts).