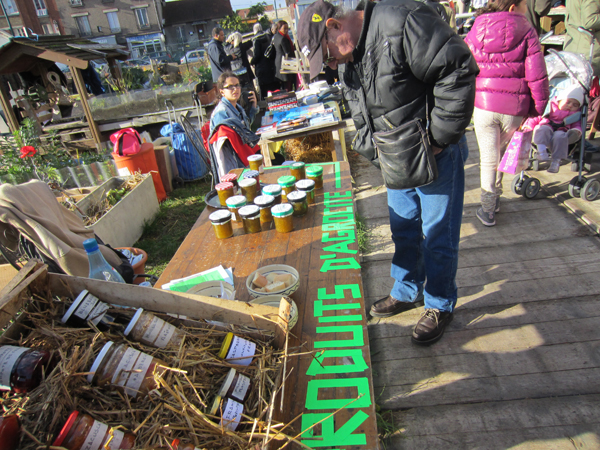 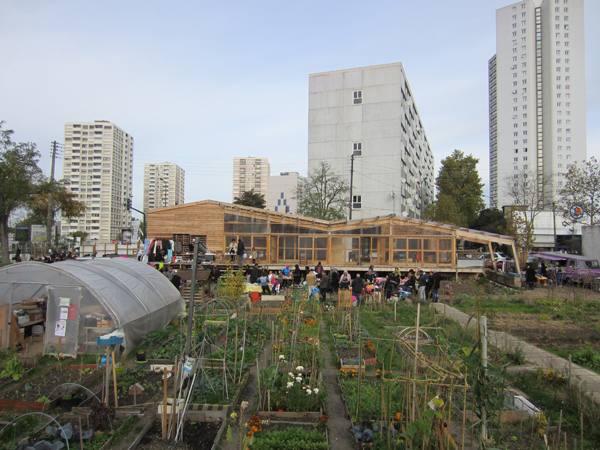 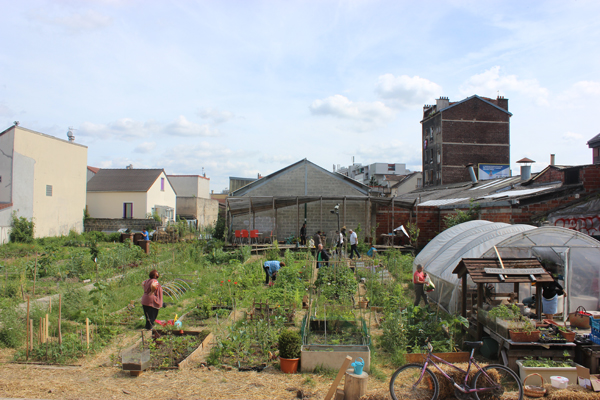 R-Urban is a bottom-up strategy initiated by aaa to enhance urban resilience capacity by introducing a network of resident-run facilities which create complementarities between key fields of everyday activities (economy, housing, urban agriculture, culture). R-Urban initiates locally closed ecological cycles that will support the emergence of alternative models of living, producing and consuming between the urban and the rural.

To overcome the current crises (climate, resources, economic, demographic), we must, as philosopher Andre Gorz says, ‘produce what we consume and consume what we produce’. This balance between production and consumption through local sustainable sourcing cannot occur without changes in the way we live. R-Urban suggests and introduces collaborative practices which support each other through local networks and form flows, networks and circuits of production and consumption.

R-Urban will host Trade Show after it leaves Eastside Projects, presenting and proposing ways of producing, negotiating and distributing that are led and run by artists but meant for everyday life.

Katherine Gibson in her internal research report on R-Urban, March 2012:

“R-Urban embodies a distinctive process, one that is guided by principles of participation, the democratization of knowledge and governance, and environmental responsibility. It enrols architectural and design expertise, place knowledge, dis-used spaces, the energies of local actors, ecological inputs and institutional authority into a series of interventions and ongoing activities that reshape the urban. Taking inspiration from theories of rhizomatic growth through replication and extension, R-Urban enacts a politics of commoning.”

atelier d’architecture autogérée (aaa) is a collective platform based in Paris, conducting actions and research on urban mutations and emerging practices in the contemporary city, founded by Constantin Petcou and Doina Petrescu in 2001. Their projects focus on issues of self-organisation and self-management of collective spaces, emerging networks and catalyse urban processes, resistance to profit driven development, recycling and ecologically friendly architecture, to collective production of knowledge and alternative culture.

Recent projects include ECObox and Passage 56 in Paris, as well as the trans-local PEPRAV (European Platform for Alternative Practice and Research on the City) and Rhyzom (a network of cultural practices). Currently aaa is developing R-Urban, a participative strategy of urban resilience in the metropolitan Parisian suburbia, through a pilot project supported by the EC innovation programme Life+.

Publications edited by aaa include Urban Act, a handbook for alternative practices (2007) and Trans-Local-Act: cultural practices within and across (2010).