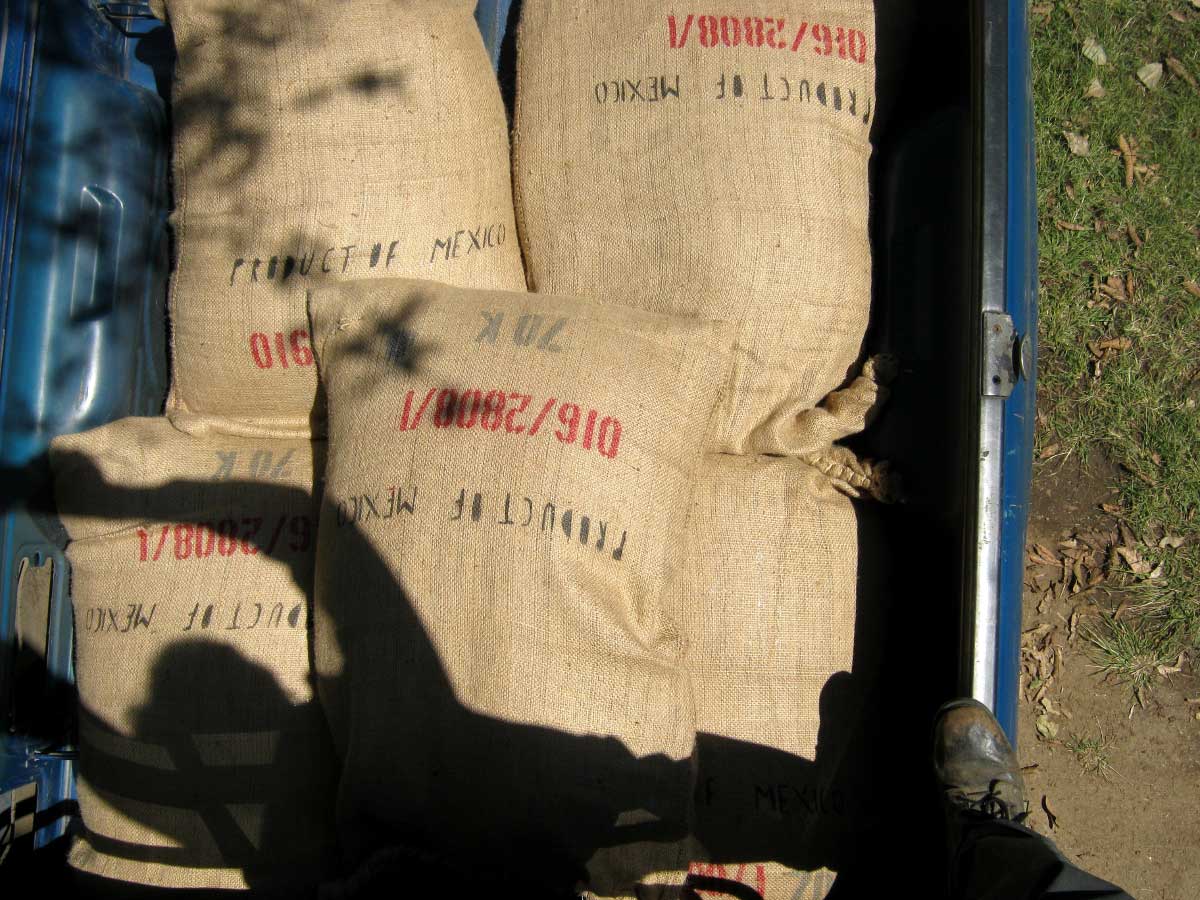 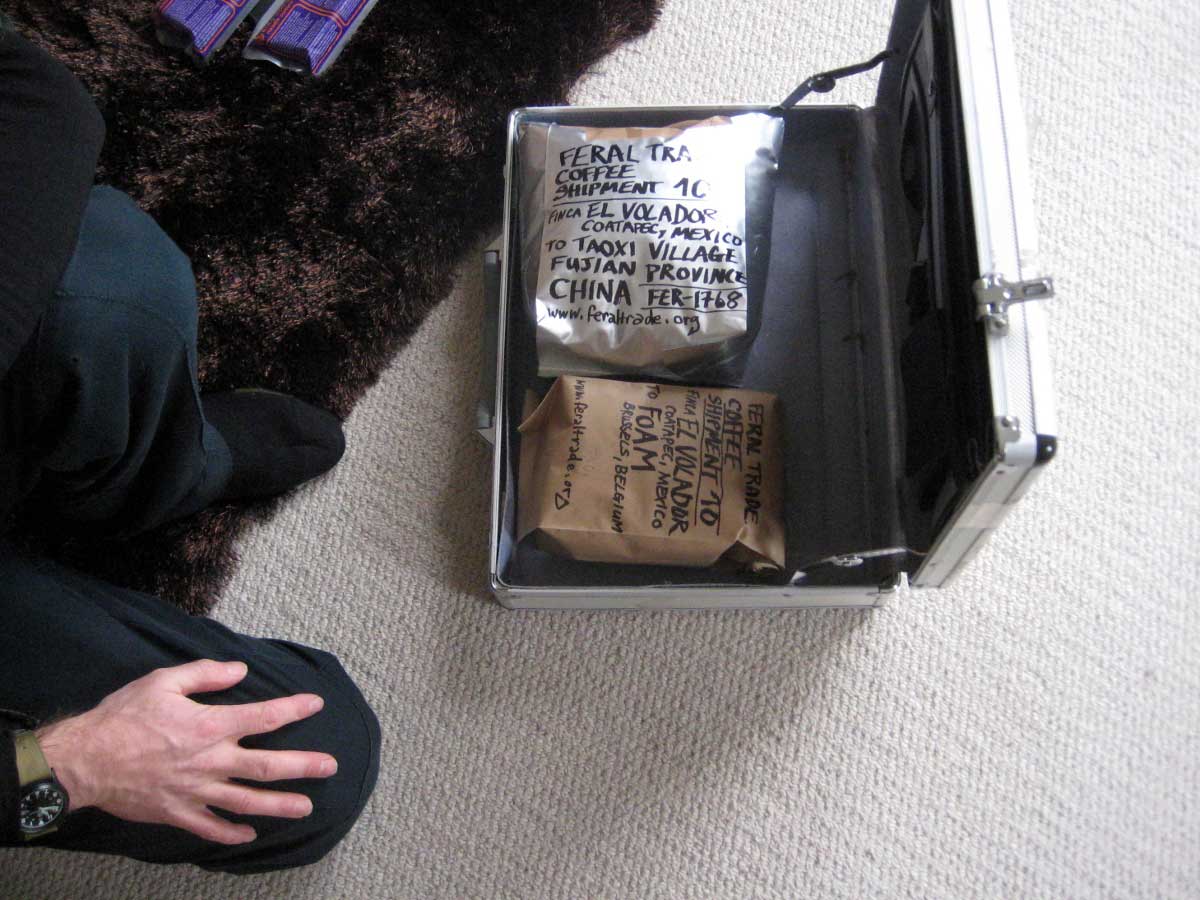 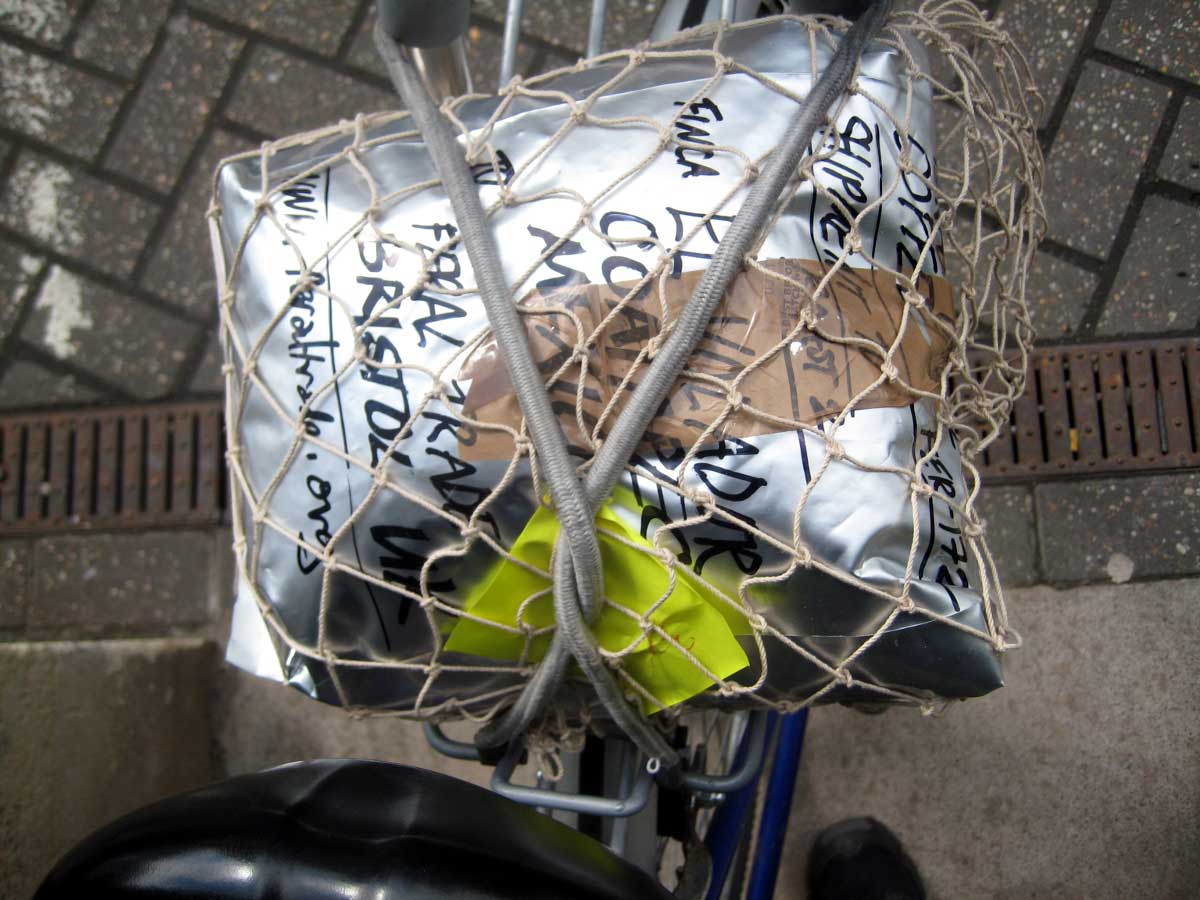 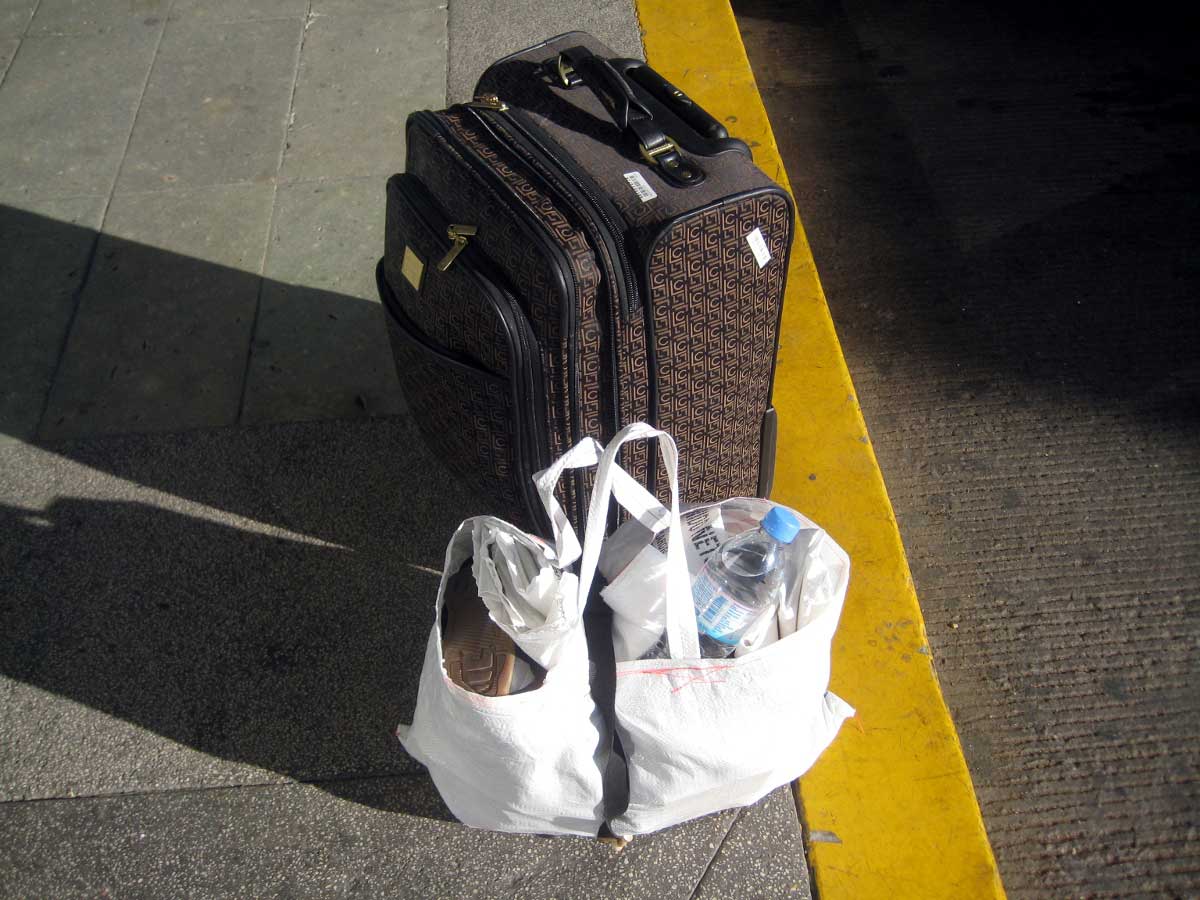 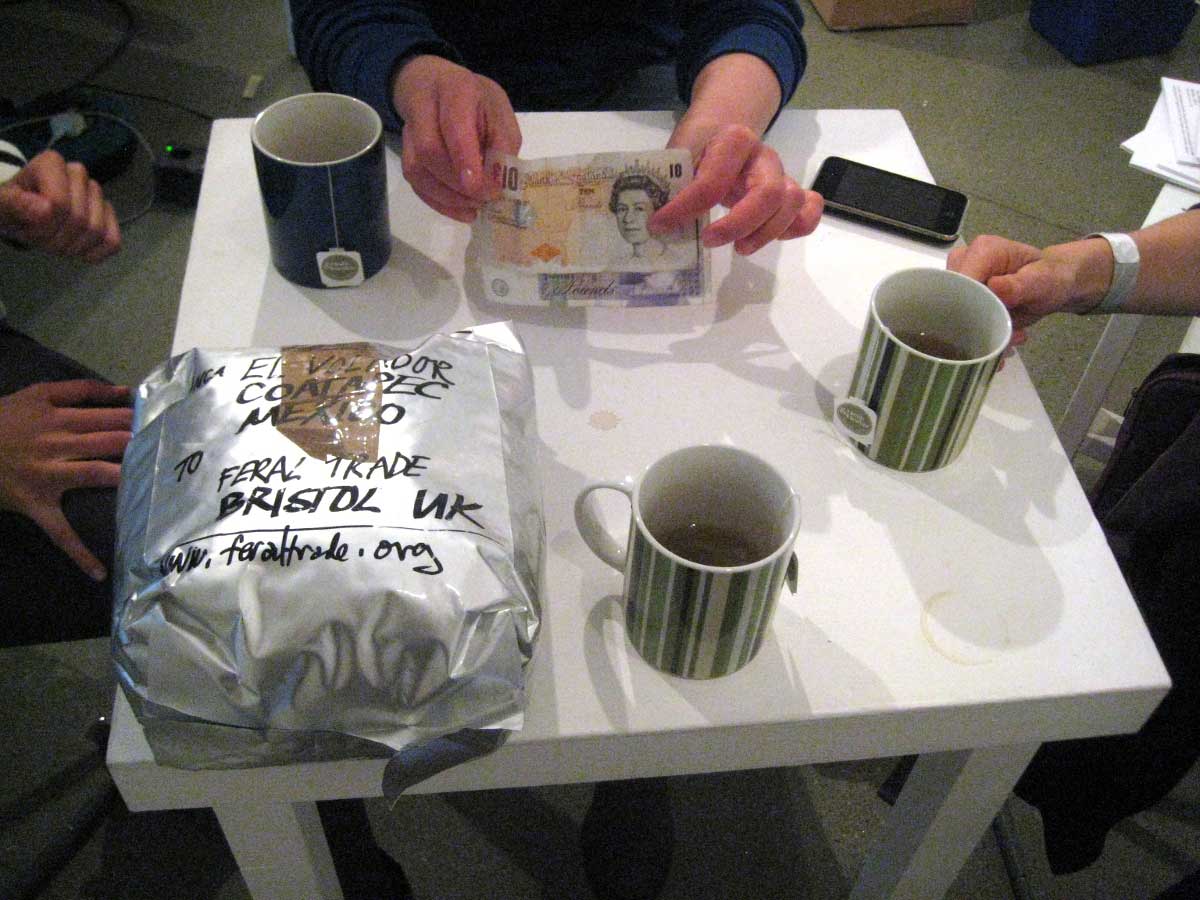 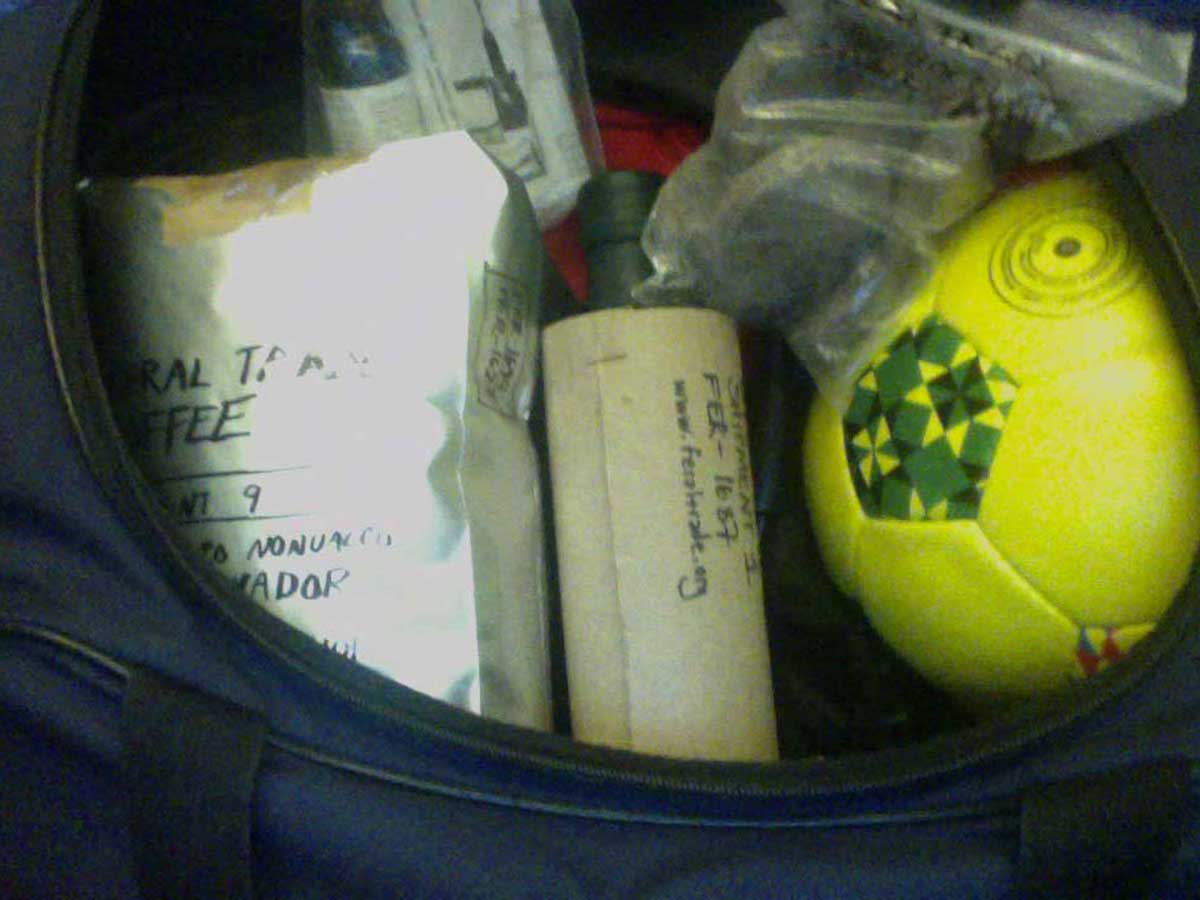 Feral Trade (import-export) has been trading goods over social networks since 2003. The word ‘feral’ describes a process that is wilfully wild as in pigeon, as opposed to romantically or nature-wild (wolf). Feral Trade concentrates on small-scale releases of migrant groceries, sourced direct from their suppliers and circulated using the surplus freight capacity of social, commuter, vacation and cultural traffic. An underground freight network at least as reliable as DHL.

For Trade Show at RADMIN, Feral Trade presents a towering inventory backlog of olive oil from Extremadura, Spain, traded entirely through social connections and transported across the Bay of Biscay on the Dutch engineless ship Nordlys. All stock must go.

Kate Rich is an Australian-born artist and trader. In the 1990s she moved to California to work with the Bureau of Inverse Technology (BIT), an international agency producing an array of critical information products including economic and ecologic indices, event-triggered webcam networks, and animal operated emergency broadcast devices. The Bureau’s work has been exhibited in academic, scientific and museum contexts. At the turn of the century she headed east to Bristol, UK, where she launched Feral Trade, a grocery business and underground freight network.