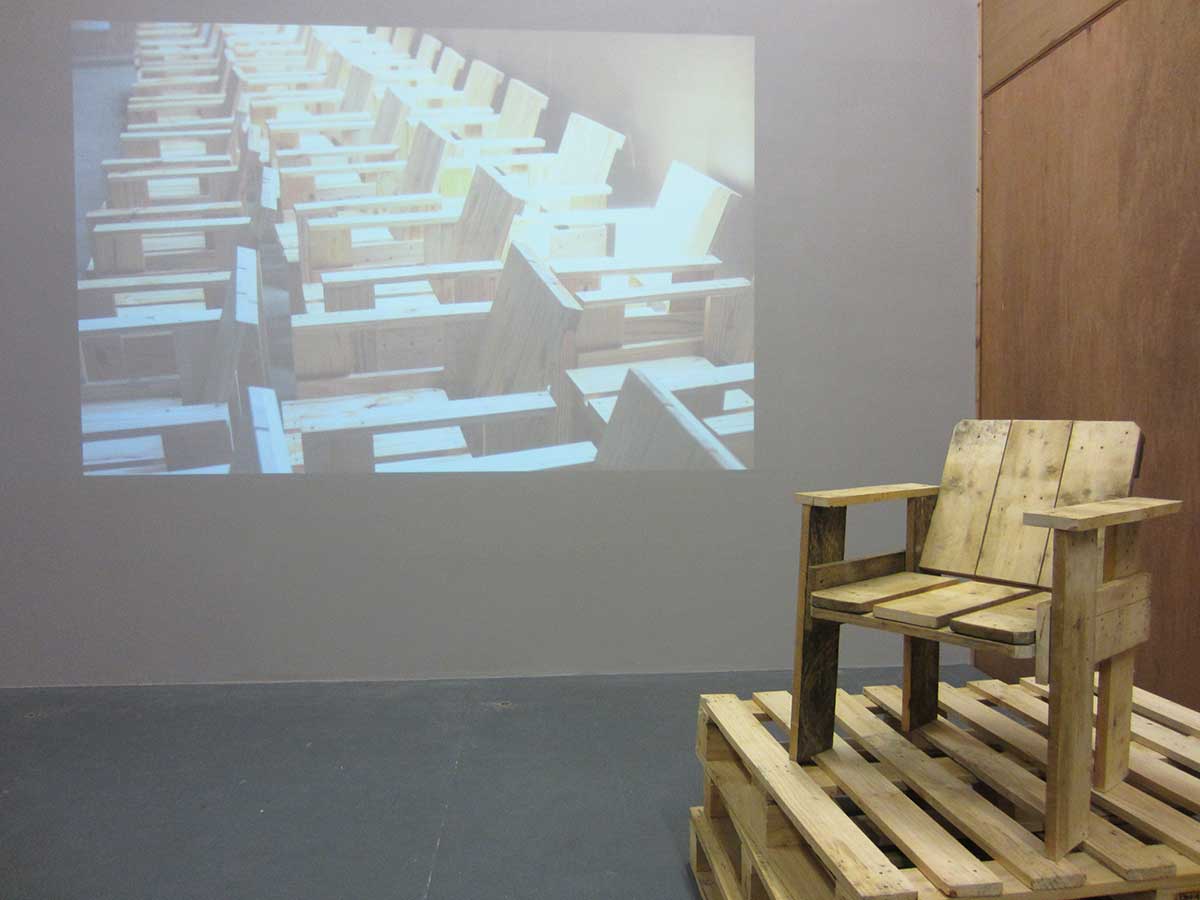 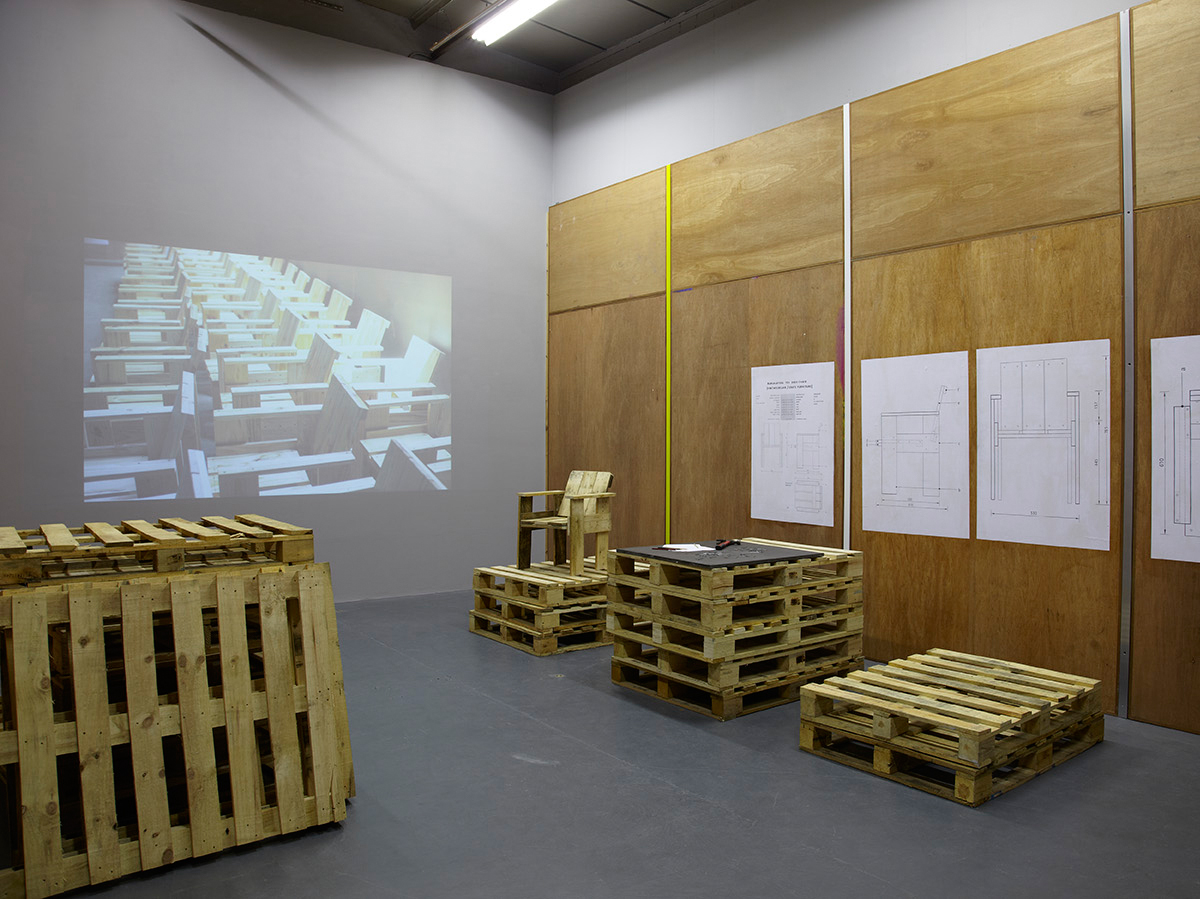 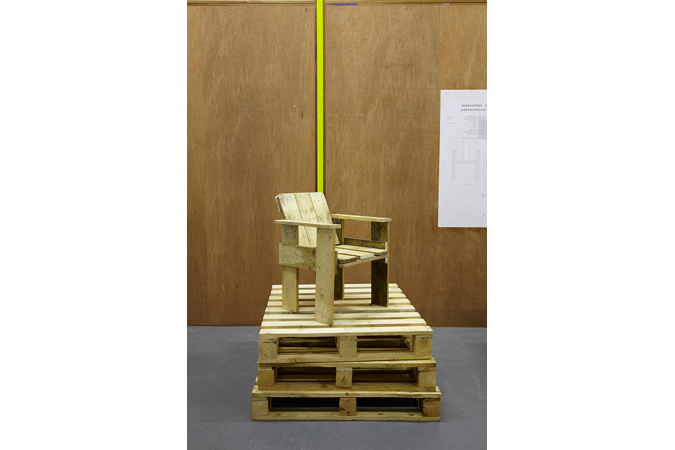 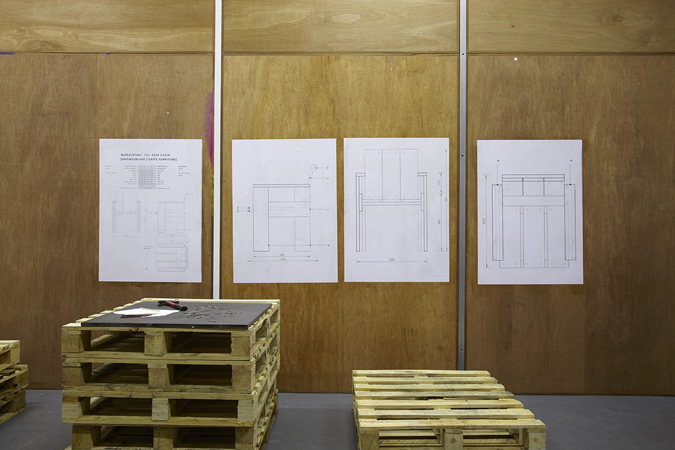 (Un)usual Business is a long-term research collaboration between Casco — Office for Art, Design and Theory and Kritische Studenten
Utrecht [Critical Students Utrecht] that explores so-called “community economies” in creating and sustaining the commons.
Since Spring 2013, Casco has rented a storefront in one of the most dynamic shopping streets in Utrecht, De Voorstraat. Here, the
(Un)usual Business researchers meet, test, and activate their collective ideas in collaboration with artists, activists, feminists,
designers, shop owners, students, shoppers, local communities, and action groups alike. To develop the storefront into an experimental
shop, where diverse economies and communities gather, we work closely with artist Aimée Zito Lema.


On the occasion of Eastside Projects’ Trade Show, Casco has invited Zito Lema to present the fourth edition of her project Sitting is a
Verb, which takes the famous crate chair, designed by Dutch architect and designer Gerrit Rietveld, as a starting point. The crate chair was one of Rietveld’s many explicitly copyfree designs. Taking his drawings as an invitation, Zito Lema initiated Sitting is a Verb
in 2010 for IMPA, a recovered factory in Argentina run by a self-organized group of workers who needed chairs for their recently founded university. The second edition, Sitting is a Verb – Rietveld for (Un)usual Business, took place at Fort Luna, a children’s building playground in Utrecht. It provided the furniture for the first (Un)usual Business Conversation Market, a public conversation organized by Casco in search of different economic landscapes in Utrecht. A third iteration took place in a high school in Utrecht.

Here at Eastside Projects Sitting is a Verb becomes a weekly workshop. While a slide projection mirrors the “body at work” of the
crate chair builders in Birmingham, Zito Lema proposes an extended notion of cooperation.

Eastside Projects and Casco will co-publish the first (Un)usual Business Reader, with essays written and collected by the researchers and contributors to Trade Show.